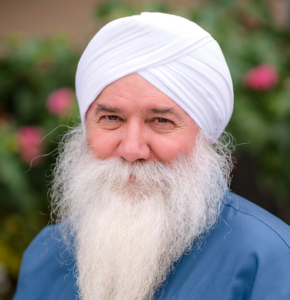 Deva Khalsa became an entrepreneur in 1976 when he moved his family to South Florida. He acquired a fledgling lawn company in Miami. Deva quickly realized that the company’s monthly costs were exceeding the company’s meager monthly income. Undaunted, he went about restructuring the firm to bring his vision to fruition. As Deva restructured, he set out to improve the quality of employees and began working on more notable projects. In 1982, Nanak’s Landscaping took on its first commercial account. By 1986, the company had moved to the more centrally located Pompano Beach to take advantage of the South Florida building boom. Deva was able to overcome several periods of unfavorable market conditions and grow Nanak’s into one of the region’s largest and most respected independent landscape maintenance companies that included a Fertilization, Insect & Disease Control, Arbor Care and Irrigation divisions. Nanak’s also acquired a nursery and established a full-scale installation and design department under Deva’s leadership.

BACK TO TEAM OF ADVISORS

ARE YOU READY TO CULTIVATE GROWTH FOR YOUR BUSINESS?

To start a conversation with Shinto Landscaping, please reach out to us.